UPPAbaby Bassinet – Safe For Sleep or Not?

Baby Sleep
By Maria Wilcox •  Updated: 09/30/22 •  9 min read
Hey Mamas and Papas! This site is reader-supported and we earn commissions if you purchase products from retailers after clicking on a link from our site.

The UPPAbaby Bassinet stroller system has taken the baby gear market by storm, with thousands of parents singing its praise. But is the UPPAbaby Bassinet safe for sleep? That is an intriguing and very important question! As many of us know, baby safety is of the utmost importance, especially when baby is sound asleep. There are so many threats that exist that can prove harmful, and even fatal, to young infants as they snooze. So, is using the UPPAbaby Bassinet overnight among those threats? Read on to find out!

Is it Safe For Baby to Sleep in UPPAbaby Bassinet Overnight?

According to the manufacturer’s website, the UPPAbaby Bassinet is indeed safe to use overnight.

Having said that, we need to make a few disclaimers.

Second, if you don’t have the UPPAbaby stand, you may use the bassinet while still attached to the stroller frame, but you must ensure that the wheels are locked before doing so. Without locking the wheels, the stroller could roll and crash into something dangerous with your baby still inside. 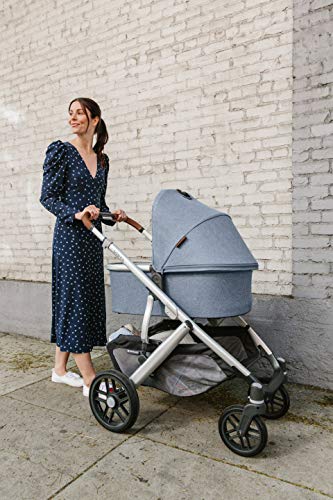 Still, risks always exist, especially when it comes to using the bassinet incorrectly. As mentioned before, always place the bassinet either in its stroller frame or on the UPPAbaby stand. In addition, never place any objects, including loose blankets or pillows, into the bassinet along with your baby. These serve as major hazards to your baby’s ability to breathe correctly while asleep.

Also, ensure that your baby’s bassinet is fully ventilated by unzipping the canopy before utilizing it for nighttime use. 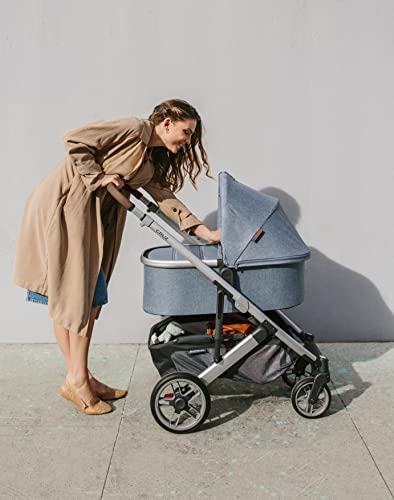 Speaking of keeping your bassinet fully ventilated, it is important to note that many have had concerns about the type of material that the UPPAbaby bassinet is made out of. Is it breathable? This is an awesome question!

The UPPAbaby Bassinet is NOT made of mesh the way that many other bassinets are. Does this mean your baby won’t be able to breathe? No.

The UPPAbaby Bassinet may not be made out of mesh but it is made out of breathable materials. Thus, you don’t need to be afraid that your baby won’t be able to breathe through its walls. Still, it is always a good idea to double-check, so we are TRULY glad you’ve thought to ask!

You may also be wondering about the UPPAbaby Bassinet mattress and its ventilation qualities. Thankfully, the UPPAbaby mattress pad comes speckled with many large holes allowing for plenty of air movement to keep the mattress fully ventilated. Just throw a tight-fitting mattress cover on there, and you’re all set! 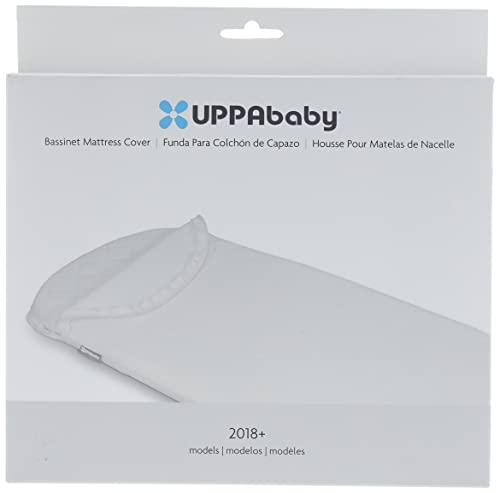 Can Baby Sleep in UPPAbaby Bassinet on Floor?

Given concerns about proper ventilation and other hazards associated with long-term usage of the UPPAbaby Bassinet on floor, we cannot recommend it. The company’s website asks that you use the bassinet either in the stroller frame or with the UPPAbaby stand that it’s designed to fit in. We agree that these are probably the two safest ways to use your UPPAbaby Bassinet.

Of course, sitting the bassinet on the floor occasionally isn’t likely to harm your baby. But even then, you must ensure that the environment is safe and that there aren’t any threats present that may pose a safety risk to your little darling. Just make sure that placing your baby on the floor in the bassinet is not a daily habit. 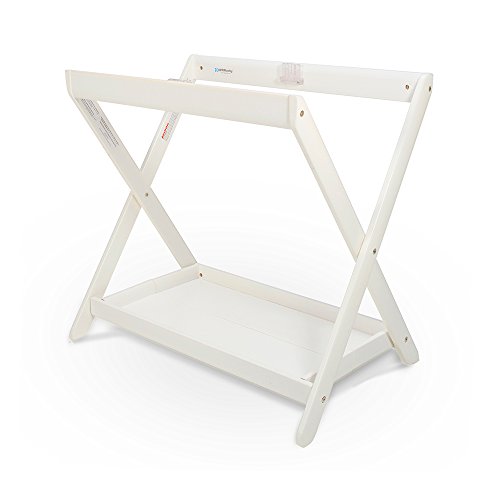 Now that you know that the UPPAbaby Bassinet is completely safe for overnight use when correctly utilized, you may be wondering just how long you can use it. Let’s dive into the details about the age and weight limits on UPPAbaby Bassinet for safe sleep.

Still, UPPAbaby has made it abundantly clear that the bassinet is not to be used for infants that can get up onto their hands and knees. Generally speaking, this milestone is reached somewhere around 6-11 months old.

So what’s the weight limit for the UPPAbaby Bassinet? Turns out its only 20 pounds. Therefore, you may need to retire the bassinet even sooner than you were expecting. This is especially true if your baby hasn’t gotten on their hands and knees before weighing 20 pounds. You should retire the bassinet depending on whichever of these milestones your baby reaches first.

Note: Worried about the transition from the bassinet to the crib? You may wish to try hanging a baby mobile to distract your baby from the unfamiliar feeling of being in a crib. With consistency and patience, you should be able to transition your baby to the crib in no time.

With all of the amazing things you can do with the UPPA baby stroller system, you may be wondering how you can go about traveling with it. After all, a stroller and a bassinet combination make for an awesome investment for on-the-go parents, right?

In fact, the UPPAbaby bassinet proves a terrific choice for travel due to its ability to fold flat. So, not only can you take your sleeping baby with you from place to place, but when in the car you can fold the bassinet to make room for your possessions.

Thus, the UPPAbaby Bassinet makes for the perfect traveling companion when you’re traveling with an infant in tow.

Yes, the UPPAbaby Bassinet is safe for overnight sleep, but you must be sure that you utilize the bassinet according to the manufacturer’s instructions. This means you should never place the bassinet on a surface that isn’t a bassinet stand or the stroller frame it came with. You also must ensure that no objects are placed within the bassinet as this could increase the risk of suffocation or SIDS.

We hope you enjoy the UPPAbaby Bassinet and stroller system as much as we do! Until next time!

How long did you use the UPPAbaby bassinet?

The UPPAbaby Bassinet should never be utilized after your baby can get on his or her hands and knees or after they reach 20 lbs (whichever comes first). Thus, the UPPAbaby bassinet may only be used up until around 4- 5 months old. But this will also depend on the size and weight of your child.

Can you use the UPPAbaby bassinet without a stand?

You can use the UPPAbaby Bassinet without a stand but we highly recommend you place it in its stroller frame. Never sit the UPPAbaby Bassinet on a regular surface such as a table or countertop. If you can, we definitely recommend you purchase the stand for overnight use. It may be a bit pricey, but it’s worth it when it comes to the safety of your baby!

Former instructor with an M.A. in Education turned grateful stay-at-home mama to one, I look to share helpful insights related to babies, toddlers, kids, and families for the benefit of real people just like you.