Mother Milk Tea Side Effects – Is it Safe and Does it Work?

For Moms
By Lynn •  Updated: 10/31/22 •  9 min read
Hey Mamas and Papas! This site is reader-supported and we earn commissions if you purchase products from retailers after clicking on a link from our site.

Is It Safe to Drink Mothers Milk Tea?

It is generally regarded as safe to drink Mother’s Milk tea, though any of the lactation teas can come with its own set of risks that must be weighed by the person drinking it. For example, some people are allergic to protein compounds found in the herbs present in some herbal teas.

Others may have negative reactions to specific ingredients that are found in the tea and can experience digestion issues as a result.

Though many women can drink Mother’s Milk tea and have no issues, never continue drinking a tea that makes you feel uncomfortable, even if it does help you produce more breast milk.

Related Read: Thai Tea While Pregnant: How Safe Is It?

The main benefit of Mother’s Milk tea is that it can help one to achieve an increase in milk supply. Many mothers love Mother’s Milk tea and claim that it does all that it says it will do. Some report pumping anywhere from 1-3 ounces more than they once did, all from drinking the tea. This can mean a lot to someone who is struggling with milk supply. 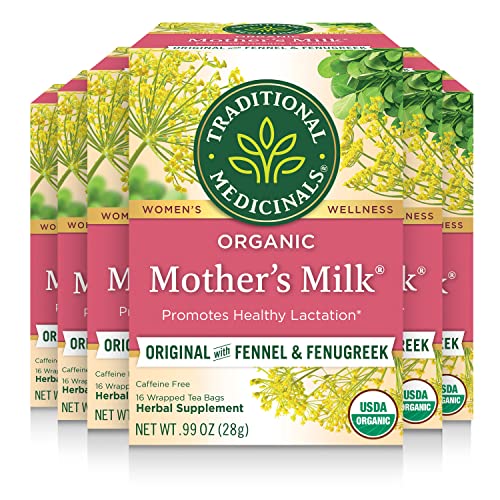 By drinking Mother’s Milk tea in tandem with a healthy diet, a woman may see an increase in breast milk in as little as a couple of days. However, the amount of time it can take for a nursing mother to see an increase in breast milk can vary considerably, with some moms not noticing any real change until two weeks after they began drinking Mother’s Milk tea.

When Should You Drink Mother’s Milk Tea?

How Often Can You Drink Mothers Milk Tea?

Mother’s Milk tea can be consumed as often as 3-5 times per day, which can be seen a lot for some women.

To make it easier, you may wish to consume your tea on a schedule. For instance, you may consider drinking your tea daily in the morning, afternoon, and at night. Others have seen success by simply drinking a glass of tea whenever they pump. You should do whatever works for you, however, know that most women that saw the greatest increase in milk supply had at least three cups of Mother’s Milk tea per day.

Mother’s Milk tea may take up to a couple of weeks to work, but it is different for every woman. In fact, there are some women who find that Mother’s Milk tea does not work for them at all!

If this is you, don’t fret, but do at least try drinking the tea three times a day for two weeks before signing off on the tea.

Note: If the tea is causing you discomforts such as gassiness or abdominal pain, or if you are noticing a sudden decrease in your milk supply, you will want to refrain from drinking the tea, even if it hasn’t been the full two weeks.

Which Tea Is Best For Breastfeeding?

Which Tea Is Good For Breastfeeding?

Aside from Mother’s Milk tea, there are countless other teas on the market available that claim to increase milk supply with good results from those who have tried them.

What Teas to Avoid While Breastfeeding?

Because most teas are cultivated with a variety of herbs, you’ll need to be extra careful when consuming them while pregnant or breastfeeding.

Some herbs are not only harmful to those who are allergic to them but may also decrease breast milk supply in some cases. Some herbs may even cause you and your baby harm.

Herbs that you’ll want to watch out for in tea while breastfeeding or pregnant include:

For the most part, Mother’s Milk tea is regarded as safe for breastfeeding mothers, but it can cause side effects in some women.

Fenugreek, though regarded as safe, can cause digestive issues and some mothers. This can include gas, stomach bloating, and diarrhea.

For other mothers, fenugreek may also produce a body odor that smells like maple syrup. While it isn’t the worst smell, the fact that this is a side effect of drinking Mother’s Milk tea may make some women uncomfortable.

Note: Some women actually notice a decrease in the amount of milk they produce as a side effect when drinking Mother’s Milk tea. This is likely because of the increase in hormones like estrogen. If this is you, discontinue your use of Mother’s Milk tea and consult a doctor for further advice.

Because fenugreek can increase gassiness in the women who consume it, it is also likely that fenugreek may cause gas in your little one too.

If you notice your little one experiences more discomfort or is exceptionally fussy–particularly after a feeding, then it is likely that he or she could be experiencing side effects of the fenugreek in the tea.

Should this be the case, we’d recommend scaling back on the tea by taking in no more than one cup per day. If this doesn’t work, consider switching over to another tea that doesn’t contain fenugreek, such as Mother’s Milk Shatavari Cardamom to alleviate gas symptoms in your baby.

If nothing works and you or your baby still experience undesirable symptoms from having consumed lactation tea, consider taking more natural approaches to increase breast milk supply such as adding Oat Milk For Breast Milk Supply or trying Body Armor Breastfeeding to increase milk supply.

How Much Mothers Milk Tea Should I Drink?

Anywhere from 2-5 cups is generally safe, with three cups a day being most preferable. Women who experience discomfort from drinking Mother’s Milk tea may limit themselves to only one cup a day, while women who experience no issues and see great gains in terms of breast milk supply may drink as much as five cups a day.

The important thing is to listen to your body and not to overdo it. Too much of a good thing can eventually become a bad thing, especially when it comes to using herbs. 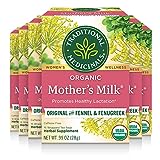 Can mother’s milk cause gas in baby?

Can you drink mothers milk tea if I’m not pregnant?

Yes, you can drink Mother’s Milk herbal tea even if you are not lactating. However, you should discontinue use if you have any unsavory side effects.

Mother’s Milk Tea Does Have Side Effects

Mother’s Milk tea is a popular option for increasing milk supply amongst breastfeeding mothers everywhere, but the tea does come with a few concerns. Be sure to watch for syrupy body odor, digestive issues, and heartburn that comes along with the consumption of Mother’s Milk tea. Talk with your doctor and discontinue use if you feel that the tea is adversely affecting you or your baby.